Yesterday I was visited by a familiar friend as I attempted to zone out while watching television. I heard, “Remember you are not this body. This is all an illusion”. When I heard this, I looked up at my living area and at my son who was sleeping silently nearby. My vision clarified and seemed to shimmer subtly and I felt very strange, as if I could leave the scene at any moment. Of course, I didn’t, but my attention had been diverted where intended. It was a reminder to not get caught up in this illusion.

Later, towards evening, I saw a symbol in my mind. It kept repeating and I was unsure what it meant exactly. However, it triggered a memory of the in-between and I knew I had seen the symbol along with others. The symbol resembled the fermata which is used in music to indicate that a particular note be held. Yet when I saw it I thought it looked like an eye.

As I slept, I had various odd dreams and the symbol reappeared.

In this dream I recall only that I went inside my old bathroom at my Mom’s house. When I went inside it was obvious that a great flood of water had gone through. There was debris – leaves, twigs, dirt – piled up against the door and in other areas. The bathtub, toilet and floor was all spotlessly clean. I remarked that I had never seen it so clean in my life and began to clean up the debris.

In another dream I was with a woman who was preparing to paint. She told me she needed an eyeball and opened up a cabinet to reveal piles of eyeballs. They appeared to be the real deal and I asked her about them. She said,”I need the real thing for this”.

She selected an eyeball and began to paint onto it an iris and pupil in 3D. When she was done, though, the painting was in 2D and very unrealistic, mostly in black and white. I remember when I saw it the symbol I saw prior to bed. I wondered what it meant and where I’d seen it.

I researched the symbol, first looking at ancient hieroglyphs and other writing, but I could not find it. It was then that I realized I had seen it in music and sure enough I found the fermata was exactly what I had been seeing.

I did find that the symbol I saw, when inverted, was part of the Phoenician writing, the dot representing a star or planet and the crescent representing the moon. The sign was also part of US Hobo signs and meant “Cops active”. The inverted version is part of the Aum symbol and represents a state of transcendental consciousness. Finally, the same symbol I saw is part of the Mayan hieroglyphic system meaning the new or waning moon together with Venus.

I can’t help but wonder why I keep seeing this symbol. I believe it is linked to the symbols I have been seeing prior to bed when I meditate. I see two triangles, one above me and one below, pointed toward one another. I then feel that I should put my hands above my heart in a diamond shape. When I do this, the two triangles intersect and begin to rotate. At the same time my heart chakra pulls considerably, almost painfully. I believe that this is a method of intense clearing and also linked my third-eye with my heart as my third-eye typically activates as well.

My dreams seem to go along with this clearing, especially the bathroom one. Such a positive dream indicating that much clearing out of negativity and “waste” has been done. The eye appears to be linked to the eye of Horus, though I am not sure the significance here. 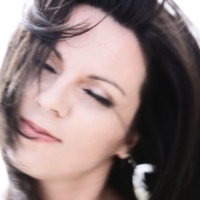 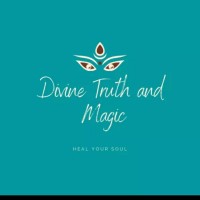 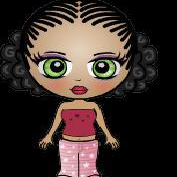 Changing the World One Truth at a Time

Welcome to a blog about our outdoor experiences.

All about self realisation, paranormal, dream interpretation and more

An Invitation for Human Design Projectors